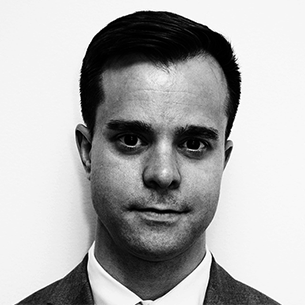 CEO, Always for Me

Currently I am the CEO at Always for Me, an online destination for swimwear, cover-ups, sleepwear and activewear in sizes 14 and up. For almost 20 years, Always for Me has been a leader in the plus size fashion space.

In my previous role as Chief Operating Officer at Outer Places, I launched the Supply Pod mystery box, for which I forged partnerships with major entertainment companies such as 20th Century Fox, MGM, Penguin Random House, Fox Television and organizations including Obama’s White House Office of Science and Technology.

Prior, I was co-founder at Bright Blue Media, a digital and print luxury publishing business that worked with brands such as Chanel, Bulgari, Gucci and Burberry and hotels such as the Ritz Carlton, 4 Seasons and St. Regis.

Before that, I was CEO/Founder at Cut On Your Bias, the world’s first designer level fashion crowdsourced platform, which was awarded “Best of the Web” by InStyle magazine.

My career in fashion began in the early 2000’s and spanned almost a decade, during which time I helped launch new divisions at Calvin Klein, John Varvatos and Tommy Hilfiger.

And before that, I worked in brand strategy at one of the country’s largest advertising agencies, Leo Burnett, on clients such as Motorola and Sprite.

In my spare time, I’m a mentor to start up founders through Venture for America and serve on the board of Harvard Alumni Entrepreneurs NYC as well as the NY Chapter of the ACLU.

My companies and I have been featured in the New York Times, Wall Street Journal, Business Insider, Glamour, Elle, and more.

I’m a graduate of both Harvard and Parsons and have lived in NYC for since 2001.